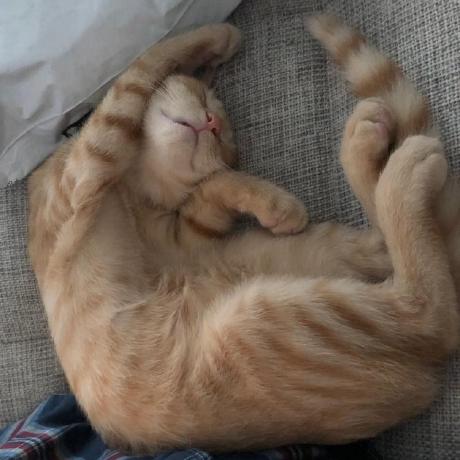 If anyone other than this reads my page, they’ll know that I rarely have time to make blog entries. Every time I do have something neat to write about, I always feel discouraged by the theme that I’m using because of CSS glitches or ridiculously large background textures (although, this is my fault too). I decided that since I’m still technically on vacation up until today, that I might build my own page.

My only two real requirements are: I must use Jekyll or something similar (because of Netlify hosting), and that it must look OK on a phone. Let’s begin.

There is a lot of implicit magic happening here. I remember older versions of Jekyll attempting to not obscure any of the things that it does, but as of Jekyll 3, your default theme comes bundled in a RubyGem and all you really get to see are some folders where you can drop your posts in. Not the most convenient.

We are going to want the jekyll-assets gem so that we can get Rails-style asset pipelining. It gives us some liquid tags that we can use to import JS and CSS files into our views.

Now, go over to your _config.yml and make sure that you exclude the node_modules directory from your build. Nothing bad will happen if you don’t, other than each build taking an excruciating minute.

Apparently, they’ve made some interesting steps towards real dependency management, but npm still remains non-deterministic. Everybody that I know that doesn’t hate their life uses yarn. You should too. It is actually pleasant and deterministic, provided you don’t ever fuck up your yarn.lock file.

Invoke yarn init, fill out the fields (it’s OK if you mess up), and then make sure that you end up with something that looks like this:

webpack is great because it uses a dependency graph to create a JS bundles that contain only modules that you are using. The value add is that it is a lot lighter to only include things that you are using to render one page/view than to include a fat bundle everywhere.

For this site, there is not a lot of JavaScript, but I do want to make my life easier by using some external packages. The hero backgrounds and typeahead.js encompass all I ever really want to do to this page. At any rate, this is what my webpack.config.js looks like:

It is worth noting that this was very irritating to get down correctly. The loaders block defines a bunch of different handlers you can configure webpack with to support things like CSS. Intuitively meta, you can use some JavaScript to load your other JavaScript (babel transpiles ES6, a beautiful uniform standard everybody agrees on, into ES5, a standard slightly more people agree on. I like the ES6 syntax, and it was easy to set-up!

I’m using font-awesome for my glyphicons so I needed to handle some some images and files. At some point, I switched the font I was using and concatenated to it was a version number as a querystring argument which broke one of the regexes above. I think that this is something easy that really immediately clicks with people.

Build your stuff with yarn webpack. Watch it with --watch.

Jekyll automatically watches the directory you spawned it from for changes so that it may rebuild those static assets. Unfortunately, it does not know that webpack even exists, so it cannot trigger a rebuild of your JS changes.

I decided to make a Procfile with the following contents:

I used a Ruby foreman but you can use any package. It doesn’t matter as long as you spawn both processes. webpack produces a new bundle and writes it to the disk triggering jekyll to rebuild. I expected this to be the most breaky part but it has actually been very easy to live with.

Since webpack can also import CSS, we don’t actually need to care about external CSS dependencies in our local Jekyll SASS. Make your styles here. I didn’t do anything complex so I had no reason to import from external packages. If you want to do this, disable Jekyll’s SASS build step and just have webpack bundle it with sass-loader.

That should be it. Make some templates and try them out.